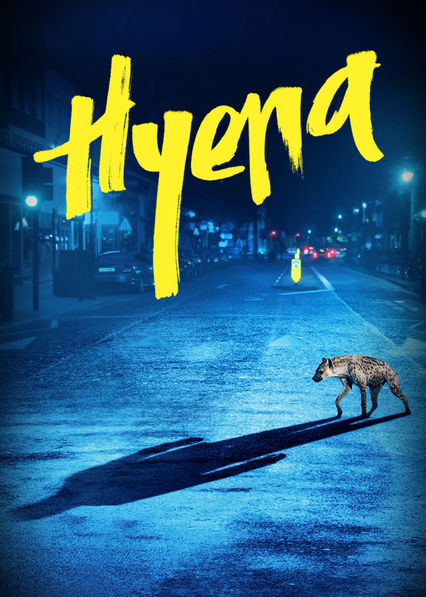 One of my favourite themes in crime cinema is police corruption. The notion of members of society’s frontline safeguard being indifferently embroiled in the very offences they have sworn to combat is incredibly disturbing, because if you can be officially divested of rights and liberties by people who are no better than your average gangster, how secure can you truly feel? Sidney Lumet’s complex and rewarding examinations of integrity and contrition among policemen, Serpico & Prince Of The City, are unsettling procedurals that offer a fact-based study of the ramifications of our protectors getting rich from turning a blind eye and worse. James Mangold’s Cop Land,  a wonderful and underrated film predicated on the high concept of ‘what if all inhabitants of this one town were evil cops?’, offers a slightly more optimistic yet no less gritty approach to battling this particular evil. Other personal favourites would include Mike Figgis’ slick-n-sleazy thriller Internal Affairs, the volatile single-day shenanigans of Antoine Fuqua’s Training Day, Oren Moverman’s hellish character study Rampart and the arguable kingpin of fictional scumbag 5-0, Abel Ferrara’s Bad Lieutenant.

The ethical quagmires of these virtually irreproachable badge-wielders make for compelling viewing and no mistake. But why does it seem to be a principal focus of American cinema and so seldom seen everywhere else? Granted, the U.S. is a very large nation with a stupendously diverse array of cultures and idiosyncrasies, so it stands to reason that they’re able to monopolise eclecticism, resulting in your freedom to watch Keanu Reeves being insanely violent in the high-octane L.A.-set Street Kings or Orson Welles being a fat racist eating sweets, planting evidence and generally griping in a mostly serene border town in Touch Of Evil. Conversely, British equivalents essentially amount to the pretty-good-but-nowhere-near-as-good-as-the-novel Filth from 2013 and the BBC’s Line Of Duty. Outside of that, police fiction tends to be quaint countryside-set detective mysteries, which is a shame as the U.K. has a plethora of writing and directorial talent to create more imaginative feature-length takes.

One such take that exemplifies what I’d personally like to see more of is Gerard Johnson’s 2014 sophomore effort Hyena. A nihilistic, stylish and ultra-gritty account of misconduct, the plight of those exploited by organised crime, fighting against the ghosts of one’s past and ultimately redemption, it is a horribly overlooked and arresting (sorry, too easy) tour-de-force, quintessentially British and equals parts magnetic and repellent.

Michael Logan (Peter Ferdinando) is a Detective Sergeant in the Metropolitan Police, heading up a drugs task force that also comprises his colleagues and best mates Chris (Gordon Brown), Martin (Neil Maskell) and Keith (Tony Pitts), and they’re not exactly the best and brightest of Her Majesty’s Constabulary, to put it mildly. Unconscionably bigoted, crass and violent, the foursome generates a tidy sideline income via excessive raids in which they confiscate assets from West London’s drug syndicates, the more cooperative dealers being left undisturbed providing they constantly line the pockets of our hero and co.

Despite the extra ill-gotten wedge and regular macho reverie with his pals, Michael isn’t a particularly happy bunny. Having developed a cocaine habit, his home life with partner Lisa (MyAnna Buring) has taken a chilly turn and pressure is cooking in his professional life courtesy of Detective Inspector Nick Taylor (Richard Dormer), the head of the Professional Standards Department who dislikes the lazy and insolent behaviour of Michael and his team and intuitively knows that they’re up to no good. To make matters even worse, Michael’s lucrative connection with a Turkish drug pedlar has just been obliterated thanks to the Kabashi brothers, a violently psychopathic pair of Albanian crime lords who brutally murder the latter, aiming to claim as much turf as possible.

Michael arranges a meeting with the Kabashis to establish a new deal, but the brothers are highly suspicious of his motivations and prove virtually impossible to intimidate, cop or not. In conjunction with DI Taylor’s harassing investigations of his antics, Michael is also bestowed with a blast from the past in the form of DI David Knight (Stephen Graham), a former friend and colleague with whom he had a serious disagreement several years prior due to some remarkably dark indiscretions on Knight’s part. Taylor is closing in, the pushy and mysterious Knight wants in on Michael’s shady dealings, and the vestiges of his conscience may place him dangerously on the wrong side of the Kabashis when he meets Ariana (Elisa Lasowski), a young Albanian woman forced into prostitution by the brothers. It’s a maelstrom of havoc, and Michael begins to realise too late that past and present amorality may be about to bite him on the arse, big time.

All of that may sound like far too much occurring in one sitting, but if there is one thing I can assure you of, it’s that Hyena‘s script and pacing are taut as hell. The stress of Michael’s increasingly insurmountable predicaments is infused with a very immersive palpability thanks to the lead performance of Peter Ferdinando. A hidden gem of an actor, he is perfectly naturalistic in his depiction of a washed-up, bitter and altogether unpleasant bent copper, the multi-dimensionality apparent in redeeming features buried underneath an otherwise selfish and angry exterior. It’s a technicality to even cite Michael as an anti-hero as he is a consummate arsehole along with his other teammates, but even in that case, there are certain events and behaviours that he cannot stomach.

In fact, the acting as a whole constitutes a career-best turn from everybody, particular reverence accorded to Dormer and Graham as the two inspectors who appear to have an uncomfortably ominous radar on our protagonist’s every movement. Being one of the greatest living actors today, Graham has a seamless aptitude for characters of all stripes, and his subtly threatening Knight has a disquieting demeanour that manages to make us fearful for Michael, a man who, on any other day, wouldn’t garner the meagrest of sympathies. Orli Shuka and Gjevat Kelmendi are mesmerising as Nikolla & Rezar Kabashi, the primary antagonists whose alarming capacity for viciousness and indifference to police attention cultivates a lawlessness that even overwhelms the hardened and abrasive focal fuzz. They’re the type of gangsters who induce the kind of high-stakes perspiration that crime thrillers always should, nowhere near as naive or thick-headed as Michael and his cohorts presume and fearing nothing.

While the film is incredibly ugly and no-holds-barred in its subject matter (both in terms of violence and sexuality, so be prepared), it is blessed with striking visuals and soundscapes delivered by the lush cinematography of Benjamin Kračun and a score composed by none other than iconic British post-punk outfit The The (founder and sole constant Matt Johnson is director Gerard’s older brother). With an earthy and intimidating electronic soundtrack that evokes not only retro-wave but the diverse nationalities of characters with some decidedly ethnic sonic underpinnings, Hyena‘s OST solidifies the tension from the opening sequence, appropriately building in intensity until the final frame. Its look is one of inarguable polish, Johnson unabashed in his deference to the likes of Nicolas Winding Refn & Michael Mann (the title card is a direct homage to the latter’s debut Thief), the nighttime of London illuminated by neon hues and the sharp diegetic lighting of nocturnal watering holes and streetlamps. Even the most nauseating on-screen events cannot detract from its overall beauty.

Some critics and fans have lambasted the film for its conclusion and supposed narrative indolence, but I couldn’t disagree more. Every facet of the picture is conducive to its themes of dog-eat-dog barbarity and ‘too little, too late’ character arcs, and it’s intended as a verisimilar reading of an abjectly horrible milieu dominated by abjectly horrible people as opposed to a mystery or psychological thriller that might allow for loftier or more ”ground-breaking” narrative developments. Like the beast that gives it its name, Hyena has some serious meat in its teeth, driven by its characters and their respective plights and refusing to shy away from the realities of criminal activities therein or the dreadful fates that await the players for their sins. Strong performances and technical flair abound in this perfectly unforgiving antidote to Britain’s sugary daytime plod dramas, and it’s a book I’d like to see more creators on our side of the Atlantic take a page out of. If you’re in the mood for a commanding, no-nonsense Brit flick with harrowing grit, don’t pass this one up. 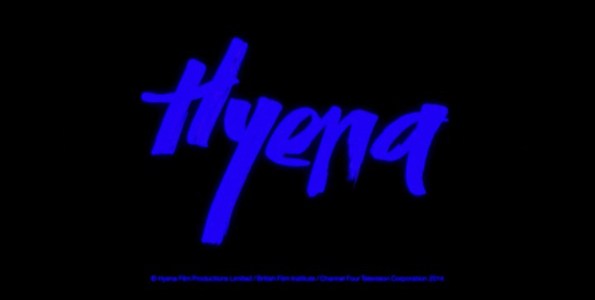