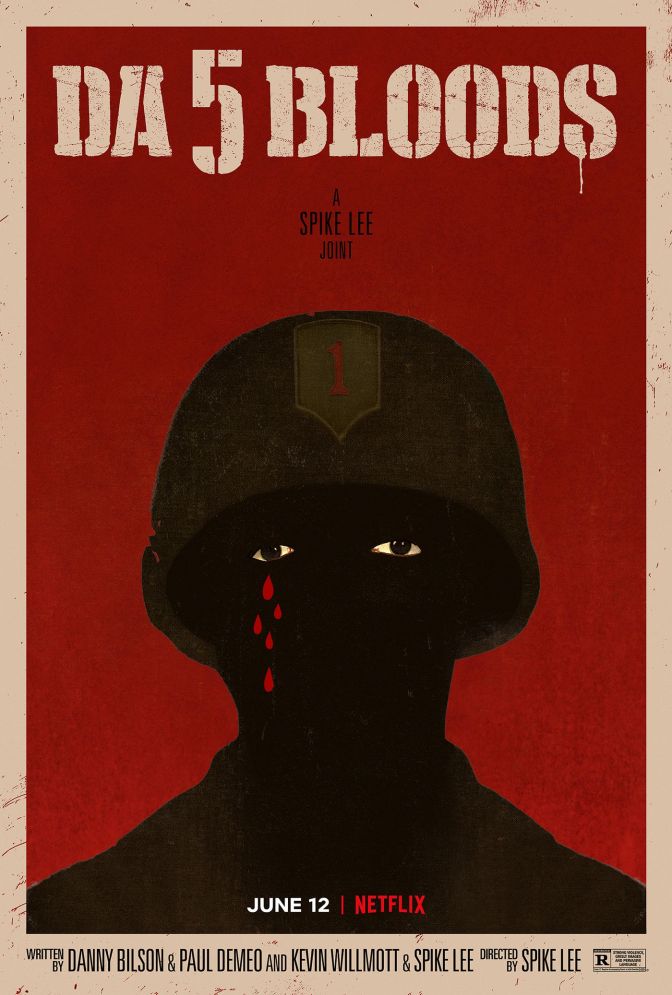 I do love a great Spike Lee joint. For my money, Do The Right Thing is the greatest film ever made about race relations, a funny, angry, sad, superbly edited and utterly riveting examination of individuals in a wide range of demographics fighting the powers that be, and their own prejudices, on a punishingly hot day in Brooklyn. Jungle Fever was a similarly captivating and idiosyncratic portrait of racially-oriented stereotypes and narcissism, depicting a black man and a white woman embroiled in a torrid affair and suffering abuse from all corners. Lee would follow these up with outstanding biopic Malcolm X (Denzel was robbed), sobering crime drama Clockers, Denzel-helmed basketball flick He Got Game and a unique take on David Berkowitz’s killing spree in Summer Of Sam.

After the rightfully heralded 25th Hour, it’s my contention that he started to go off of the boil a little. Inside Man wasn’t awful per se, but it sorely lacked the brilliance that distinguished his previous work, and ultimately amounted to a moderately clever heist thriller. Things would get worse with the utterly unnecessary and dunderheaded remake of Korean masterpiece Oldboy, virtually unforgivable with Da Sweet Blood Of Jesus (a remake of wonderfully weird 1970s cult horror hit Ganja & Hess) and only comparatively redeemed with modern-day Lysistrata riff Chi-Raq. I had a terrible feeling that a once excellent director had lost his filmmaking mojo, which is always a devastating sensation, until he came rocketing back to form with BlacKkKlansman, a predominantly solid account of Ron Stallworth’s ingenious crusade against the Ku Klux Klan. While there was some unevenness in structure and performances, it ultimately paid off, and I’m pleased to say my hopes have been solidified by the release of Lee’s latest, Da 5 Bloods, a supremely strong piece with a pitch-perfect amalgamation of all the ingredients that made Spike Lee movies brilliant in the first place.

The ‘Bloods’ of the title are Paul (Delroy Lindo), Otis (Clarke Peters), Eddie (Norm Lewis) and Melvin (Isiah Whitlock Jr.), Vietnam War veterans who served together in the U.S. Army’s 1st Infantry Division, colloquially known as The Big Red One. Reuniting in the present day in Ho Chi Minh City, the quartet has returned to Vietnam with peculiar and potentially dangerous intent: All of those years ago, they, along with their squad leader/life motivator and 5th Blood, Stormin’ Norman (Chadwick Boseman), discovered a downed CIA aircraft containing a cache of gold bars, intended as a compensation for all of the Vietnamese locals who assisted in the fight against the Viet Cong. Reasoning that this is the luckiest break they’ll ever get in their lives as black men, they elect to bury the gold for later retrieval so that it may be split between them. Tragically, Norman is killed during a Viet Cong attack, and the markers that the Bloods left for the gold are destroyed. The old dogs have decided it’s high time they ventured back and collected.

Although ecstatic to be together again, the group’s overseas homecoming is not without some serious flies in the ointment. Paul has been suffering egregiously from PTSD as a result of his wartime experiences and Stormin’ Norman’s death, and his son David (Jonathan Majors) has surreptitiously followed him to Vietnam out of concern for his welfare, an act that further troubles their already fractured relationship. Otis has a hell of a surprise when he reacquaints with old girlfriend and ex-hooker Tien (Le Y Lan), and to top it off, a wily and arrogant French businessman named Desroche (Jean Reno) is pressuring them to sell him the gold at a rate Paul considers extortionate. Hiring local guide Vinh to escort them to the deepest, darkest rural corners where the gold still hopefully lays in wait, our ex G.I. heroes and David embark on a transformative adventure steeped in self-discovery, redemption, passionate examination of Black American history, familial hurdles and an encounter with a rather goofy international trio of anti-landmine activists.

Everything is present in this one. With formidable intelligence, offbeat humour and poignancy of the variety that made Do The Right Thing an all-time classic, Da 5 Bloods angrily and eloquently makes a compelling case for the group’s endeavour. In the flashback narrative, Stormin’ Norman, who is touchingly eulogised at one point with the statement ‘He was our Malcolm, and our Martin’, edifies them with information about the depressingly underplayed historical contributions of black people to American society, including the fact that the first American to die in the name of the Stars & Stripes, one Crispus Attucks, was a black man (also noted in the Stevie Wonder track ‘Black Man’, which is utterly fantastic if you’ve not heard it). Bolstered by the ethereal, subtly antagonistic musings of wartime radio personality Hanoi Hannah, the group have a moment of clarity, realising that the only ‘good’ they’re doing is serving the indifferent, callous American war machine led by folks who wouldn’t piss on them if they were ablaze. There is tremendous emotional heft in the contrast of past and present-day sequences, David becoming something of an honorary fifth blood in his own personal mission to reconnect with his father and understand the older men’s history, as well as his own place in the world.

While it certainly isn’t a comedy, the film is strongly infused with Lee’s trademark caustic humour, namely in the form of the aforementioned anti-landmine group hilariously named LAMB (Love Against Mines and Bombs). Led by enigmatic Frenchwoman Hedy (Melanie Thierry) LAMB embody that particular brand of condescending, Eurocentric narcissism that is blindly convinced of its fight against American cultural colonialism, completely ignorant of the fact that the central ‘soul brothers’ have been abused and hustled more thoroughly than they could possibly imagine. Particularly unlikeable is Seppo (Jasper Paakkonen), a belligerent Finn who denigrates David several times for being a ‘typical American’. In fashion that is timely (and not merely for the events of the past month), the film also takes a few shots at contemporary American administration, David admirably rebuking Seppo’s sneering anti-Trump jibes as a waste of time, citing that no self-respecting black person would stoop so low as to vote for the controversial POTUS. It’s a rather poetic moment, given that Paul earlier asserts the fact that he did indeed tick that specific ballot, much to the consternation of his fellow bloods. 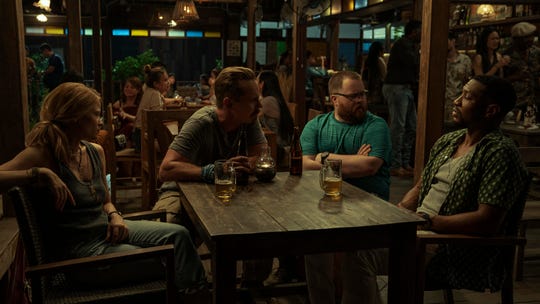 As many have already pointed out, the standout performance is undoubtedly courtesy of Delroy Lindo. His Paul is a deeply complicated and damaged man, ravaged by guilt and associated horrors of posttraumatic stress. Mentally-emotionally unpredictable and tenacious, Paul never hesitates to admonish the other bloods if he feels that they are being myopic with respect to the existential dimension of their mission, as it’s about making a statement and honouring Stormin’ Norman’s memory as much as it is about gold. In a great hark back to some of Lee’s most iconic cinematic devices, Paul delivers an impassioned rant directly to the camera as he wades through the jungle, an intimately confrontational moment where the burning sweat adorning Lindo’s head is palpable.

In summary, this truly is a luminous effort from old Spike. Cerebrally powerful and incredibly moving, the film critiques war and society’s approach to race in the way that only Lee could achieve. With an outstanding soundtrack predominantly featuring Marvin Gaye tunes (and also a dryly funny poke at Apocalypse Now utilising Wagner’s Ride Of The Valkyries), it is resplendent with erudite rage, great humour, incredible catharsis and some profoundly shocking moments. You can take every performance to the bank, and I have a pleasant feeling that Spike Lee is up to his old tricks. Get your ass on Netflix and give this one a spin.