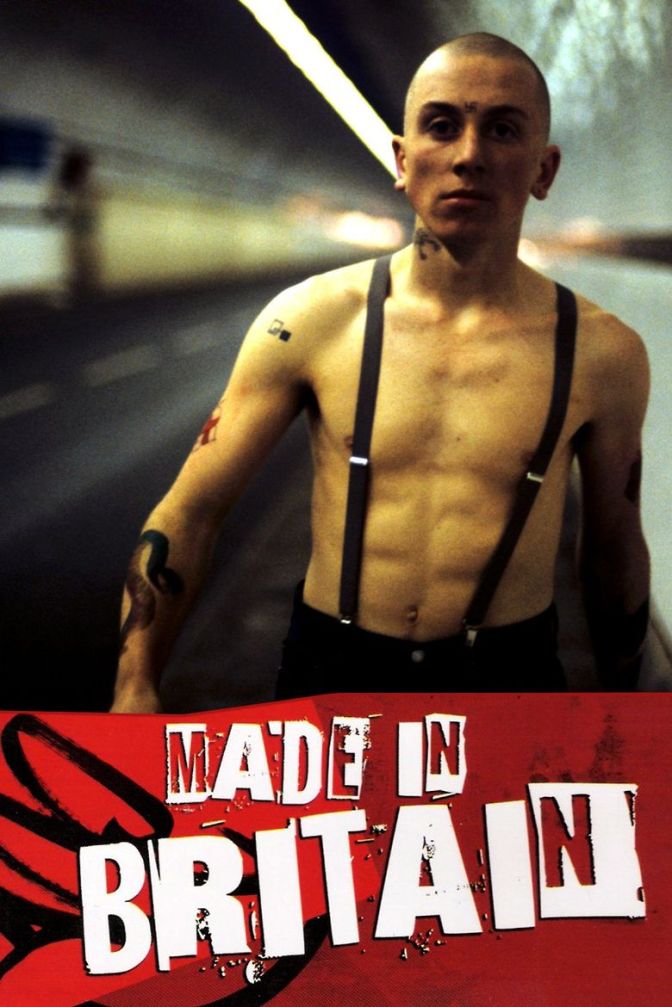 Alan Clarke’s contributions to the cinema of Great Britain are as equally illustrative of facets of our national psyche as the works of Michael Powell or David Lean. With unmitigatedly honest, barbaric anti-sentimentalism, Clarke threw the carpet off a plethora of social pathologies that the Tory-minded couldn’t care less about and the chattering classes offer only feeble and naive solutions to. Scum (1979) was groundbreaking in the way it shone a light on the brutal corruption and dehumanisation inherent in the now-defunct borstal system, causing an almighty furore among the media and conservative politicians (its original 1977 TV film incarnation was outright banned by the BBC). Prior to Scum, Clarke had tackled the esoteric roots of conflicting political and socio-cultural elements within England in the brilliant Penda’s Fen (1974), an uncharacteristic work for Clarke in that it is essentially a supernatural reading of British society, a far cry from the stark social realism his name has come to be associated with.

Going on to create the notorious Diane (1975), a BBC2 Playhouse episode about incest and abusive power and control, Clarke would ultimately leave his most indelible stamp-mark on the 1980s. Psy-Warriors (1981) was a smart and disturbing examination of military interrogation techniques, and the Gary Oldman-helmed The Firm (1988) and troubling 37-minute Steadicam masterpiece Elephant (1989) aggressively held a much-needed mirror up to the roots of football hooliganism and terroristic murder, respectively. Originally released under the banner of David Leland’s education-themed quartet of television plays Tales Out Of School, Made In Britain is easily is one of, if not the most powerful and terrifying work in Clarke’s oeuvre, offering a glimpse into the mind of a dangerous protagonist born of Thatcherite apathy and good, old-fashioned dysfunction.

Trevor (Tim Roth) is a 16-year-old white supremacist skinhead. We first meet him as his trial for a senseless bout of vandalism and assault is concluded in a magistrate’s court, the penalty for which is a 6-week stay at Hooper Street Residential Assessment Centre. Although a budding sociopath given to wanton violence and utterly selfish contempt towards society, Trevor is also highly intelligent and perceptive, a trait noticed and encouraged by his despairing social worker Harry Parker (Eric Richard). Harry is about to take a fortnight’s annual leave and is hoping (in knowing vain) that Hooper Street’s team of social workers will be able to evaluate Trevor’s personality and brainstorm ways to steer him onto the right track in life.

As soon as Harry has left the premises, Trevor is giving some fresh grief to the centre’s deputy superintendent Peter Clive (Bill Stewart) and his roommate Errol (Terry Richards), a black teenager with learning difficulties. Given some money for public transport to travel to a local employment agency, Trevor instead buys cigarettes, commits motor theft, smashes the jobcentre window and gets Errol intoxicated on industrial glue. Far from your garden-variety rebelliousness and teen angst, Trevor desperately requires a diagnosis of antisocial personality disorder, or something approximating it. He’s not merely angry, he’s sadistic and manipulative to go with it.

As Peter and other staff members at the centre grapple with Trevor in an attempt to appeal to any residual sense of reason that he has, we are given a window of exposition into Trevor’s psychology and the various circumstances and choices that led him to his current point. The film never once proposes that anybody other than Trevor is responsible for his actions, but it appropriately highlights the myriad failings of many social institutions that are ostensibly there to mould functional human beings. Trevor’s dysfunctional home life undoubtedly contributed to his proclivities for truancy, school violence, shoplifting and general hatred for authority, but it certainly didn’t dull his cognition. Supplementing Trevor’s temper is a vocabulary and cynicism that exceeds the average mid-teenager, and with fiery articulation, he rants against everything that the average individual would consider mundane, even joyous facts of life. Were it not for all of the vile racist bullshit that spews from his mouth, Trevor would be an excellent example of freethought at an early age, as he raises cogent points during his vicious diatribes against the educational establishment, citing hypocrisies and demands for uniformity that are merely designed to create obedient workers. His new custodians can only look on in despondency as this bright young fellow squanders all of his potential on hatred.

Like Mike Leigh’s Meantime (1983), Made In Britain takes many a stab at the sorry state of Great Britain under the premiership of Margaret Thatcher, albeit with far more stridency and nihilism than the former picture. Mass unemployment, rioting in the streets and a devastating overseas war that sent home traumatised men served to create a far more ‘Broken Britain’ than the red-top tabloids have raved about in the past decade, though the Conservative Party would likely hand-wave me away as a shit-talking lefty for daring to suggest so. Trevor’s trajectory is pointless, depressing and ultimately so narcissistic that it only ends up hurting him in the long run, the rest of society being indifferent to the comprehensive one-figured salute that he pours every fibre of his being into. That being said, the futility of working-class aspirations at the time certainly adds some fuel to his fire, the sentiment of ‘you’ll treat me like scum anyway, so why shouldn’t I act like it?’ coming to mind. Again, it’s not an endorsement of Trevor’s philosophy, he has options as much as he has blatantly heavy emotional disturbance that he’s trying to compensate for, but there couldn’t have been a more appropriate sociopolitical backdrop for the bleak narrative that unfolds. I’d say it’s also wishful thinking to conceive of Trevor as being ironically unaware that although he hates the system, he is actually one of the bad guys. He knows he is, he just doesn’t give a shit.

Opening and closing with the brutal ‘UK82’ by notorious punk outfit The Exploited, Made In Britain is a singular entry in the rich history of British screen drama. Tim Roth makes it abundantly clear that he’s destined for greatness in his debut performance, and the snappy, in-your-face direction and cinematography of Clarke and Chris Menges create a cold, grainy and snarling portrait of one wrathful kid’s personal anarchy in the UK. He may have ‘No Future’, but this film certainly needs to be in yours.