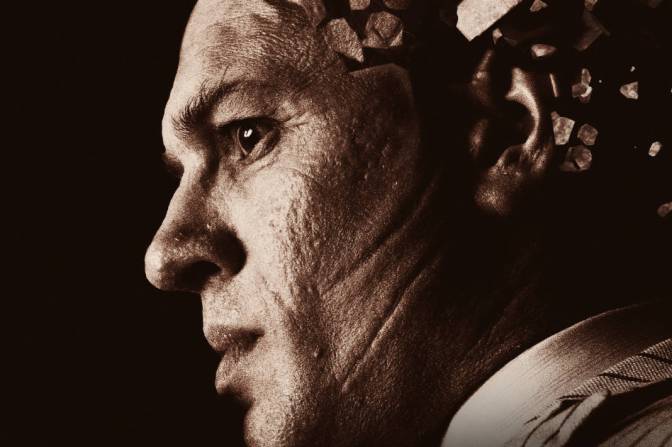 I like Tom Hardy, and how he does things. A plethora of iconic performers have employed method acting to one degree or another over the decades, Hoffman & De Niro being a couple of conspicuous examples of actors who sculpt superb performances via emotional identification with a role. When you get through to those who pursue their method with a bizarre, seemingly overzealous intensity is where polarization among film fans becomes increasingly evident. Marlon Brando, Daniel Day-Lewis, Christian Bale and yes, even Nicolas Cage, all prove to be something of a cat amongst the cinephilic pigeons, galvanizing debate with their often outlandish, frenzied transformations that appear to conform entirely to a set of internal rules that are unknown to anyone else. As one of the contemporary enfant terribles of this approach, Hardy has thrown himself full-force into every project, standouts being his gaining of 30lbs of muscle and adoption of a truly bizarre accent to play Bane in The Dark Knight Rises, 42lbs and some terrifying mimicry for the titular role in Bronson, and a gruelling one-man take on the Kray twins in Legend. In his latest venture, Josh Trank’s Capone, Hardy delivers what is possibly the most deranged performance of his career, but I’m dismayed to say that it doesn’t make for compelling viewing.

As you’ve probably guessed, Hardy stars as Alphonse Gabriel ‘Fonz’ Capone, arguably the most famous crime lord in American history, during his final years on Palm Island, Florida after being paroled on compassionate grounds. Originally sentenced to serve 11 years in prison for tax evasion, Capone had been diagnosed with neurosyphilis and dementia, and was released in 1939 after 8 years as a result of his wife Mae appealing the courts. His mind and body wasting away due to his afflictions, Capone’s memory has all but evaporated, and he is plagued by hallucinations and violent tantrums owing to his growing delirium. 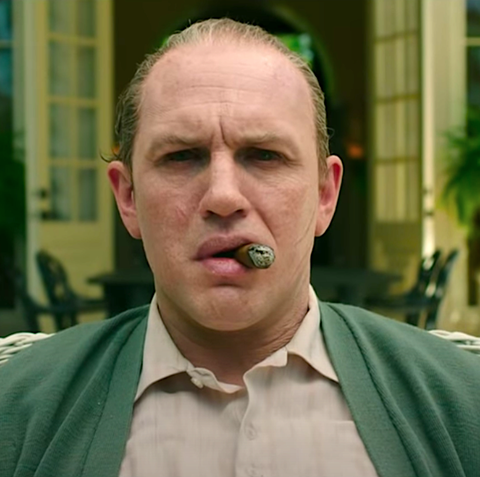 In a phantasmagoria of increasingly nightmarish proportions, Fonz is haunted by fractured memories of his bloody and brutal past, apparitions of violent mob slayings and surreal, almost Lynchian recollections of his old haunts (my intuition tells me that Trank’s casting of Kyle MacLachlan as Capone’s personal physician is no coincidence in that regard). As his wife Mae (Linda Cardellini), brother and colleague Ralph Capone (The Sopranos‘ Al Sapienza) and various underlings struggle to help him maintain the ability to perform the most rudimentary of daily tasks, Fonz is seemingly visited by an old colleague named Johnny (Matt Dillon, whose character is rumoured but not confirmed to be Johnny Torrio, Capone’s mentor), whose appearance takes on a progressively fantastical bent as he cryptically badgers Fonz to try to remember where he buried $10 million on his property. With his estranged illegitimate son Tony (not based on anybody confirmed to have existed) intermittently calling his home but rarely speaking, Capone’s final days as depicted here are simultaneously horrifying and depressing, this once feared and powerful emperor of crime reduced to infantile mental capacity and fast losing any vestige of the man he was, to all around him and to himself. 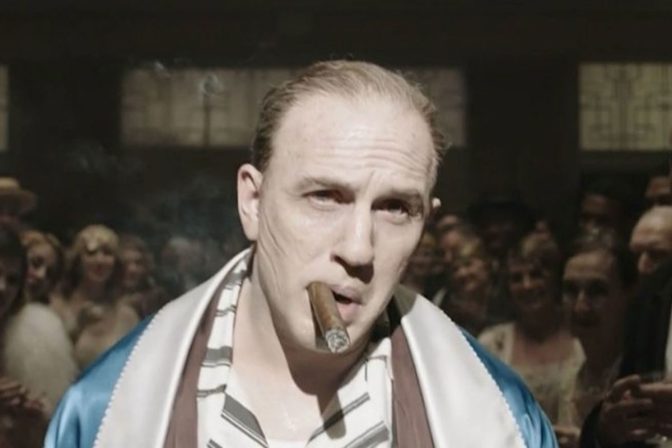 I am loath to admit it, but I actually found Hardy’s performance to be utterly exasperating. Barely a word that he emits is intelligible, instead opting to hiss, shout and growl in a manner that, at times, sounds virtually identical to one of The Infected in 28 Days Later. His brow either furrowed in quizzical hostility or eyes glaring psychotically, Hardy predominantly speaks his dialogue in English in impenetrable mumbles, unpredictably launching into profane tirades in Italian with a demonic rasp that he otherwise reserves for sudden and violent outbursts of complete gibberish. I’m aware of the effects that these conditions have on a person’s brain, and while Capone’s family and peers had documented his behaviour as disturbingly erratic in his twilight years, I can certainly find no account of him engaging in this almost inhuman level of slapstick insanity. Admittedly, there are a few moments throughout Capone where his antics have a purposefully dry levity to them, and they were genuinely amusing, but it hinders the picture’s predominantly serious tone.

The script is also confused as all hell. Disjointed zigzags between reality, dreams and hallucinations are obviously meant to convey Capone’s experience of his own worsening faculties, but it is ultimately a vague and bewildering mess as opposed to a spellbinding oneiric vision. Some of the fantasy sequences are visually stunning, and the cinematography is actually rather impressive overall, but in the final analysis, they only serve to muddle the film’s trajectory. What should be a confounding hook ends up being boring and more than a little pretentious. Trank has created the most frustrating kind of biopic, one that is dependent on its viewers being intimately familiar with Al Capone’s life story, as the exposition is infinitesimal. You can make a surreal, offbeat riff on the life of a true historical figure whilst also informing the audience of who they actually were. This film amounts to 103 minutes of a demented middle-aged man running around a palatial estate suffering from bad dreams and incontinence, and you could have made that picture about anybody. Is it meant to invite deliberation over whether or not Capone, in his deluded state, felt some contrition and regret for a violent and squalid life? If so, it doesn’t have the poignancy or thought provocation that it should do.

I do retain some strange kind of admiration for what Hardy attempted to achieve here, but it’s a thumbs down. It isn’t a memorable film, and its sentiments of ‘how the mighty have fallen’ and ‘the frightener now frightened’ don’t strike a chord, and that’s a very big problem. Trank clearly has some meaty writing and directorial chops, as he created some impressive food-for-thought with Chronicle, I just hope that he aims for more coherence in his next project, in both narrative and intent. If you’re interested in strange, experimental approaches to the crime drama and haven’t yet seen it, just go and watch Nicolas Roeg’s Performance instead.