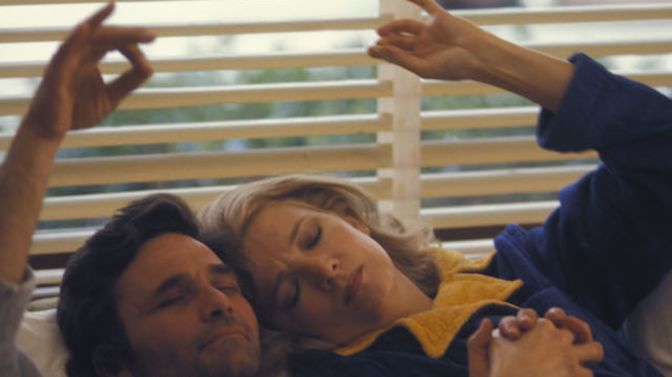 John Cassevetes will never be toppled as the king of independent film. He facilitated a cinematic revolution with his painfully intimate documentary-style stories, where everything was meticulously scripted save for the actor’s interpretations of the characters. His resolute faith in his work and desire for total control saw him shoot films over the course of several years to accommodate modest funding, and he even mortgaged his house to get A Woman Under The Influence off the ground, lest investors attempt to mutilate it. It is with no exaggeration that I say cinephiles everywhere should be falling at the feet of this maverick fanaticism, as without it we would never have been gifted with one of the most incredibly acted, fascinating, dark and moving motion pictures in history.

Cassavetes casts his real-life wife and best friend Gena Rowlands & Peter Falk (two ludicrously talented individuals whose names are never evoked enough among the Hollywood elite) as blue-collar couple Nick & Mabel Longhetti. Nick is a traditionally masculine construction worker, the stoic and no-nonsense breadwinner who ventures daily to work whilst Mabel plays the dutiful housewife, cooking, cleaning and tending to their three children. Recently, Mabel’s behaviour has become something of a concern. She incessantly jabbers wide-eyed in an almost stream-of-consciousness fashion, makes strange noises and hand gestures, swings wildly between excessive cheerfulness and hostility, and has even taken to drinking too much and approaching strange men in downtown bars. 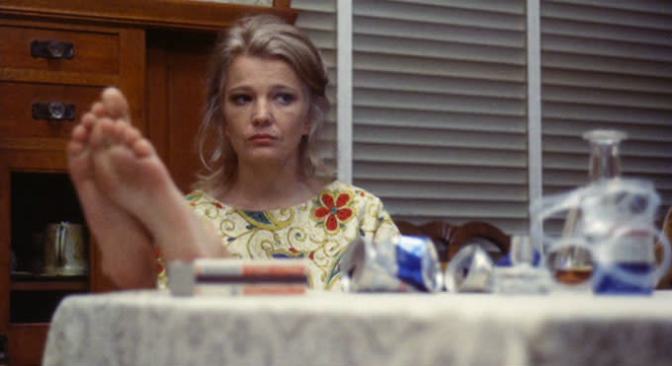 Nick clearly does feel something very intensely for his wife, but there’s a reluctance to call it love, at least in the typical sense. He is deeply upset and disturbed in witnessing her outlandish behaviour, but instead of patience and empathy, he displays an equally erratic intolerance of the situation, attempting to force Mabel to conform to standards and blowing his top when she doesn’t. With Nick and the couple’s extended family becoming evermore exasperated but not especially helpful, their physician recommends that Mabel be committed to a minimum six-month stay in a psychiatric hospital for observation and treatment, while Nick must now balance his working life with Mabel’s usual duties. It’s a mystery as to whether he contemplates the notion that society’s expectations and the pressures of certain roles are what led to Mabel’s collapse in the first place.

Shot through a grainy, naturalistic lens and featuring highly organic and uncomfortably close-up scenes of intense dialogue, the film displays brave and erudite existentialism in the fact that Mabel is not depicted as a dysfunctional cog in the family machine, but as somebody embedded in an already toxic and dysfunctional atmosphere who, for whatever reason, is unable to coordinate herself in a ”reasonable” manner any longer. Nick isn’t a malicious or habitually abusive husband, but he certainly isn’t Captain Understanding either, he and his mother growing ever more abrasive in their desperation to have Mabel ‘fixed’, and they direct this emotional volatility at each other as well as her. Nick, as the short-fused ‘man’s man’ of the house, has a certain ideal of his wife as the loving household matriarch who feeds and nurtures her family, and he is unable to handle her deviation from this archetypal image, as Mabel is essentially his rock, though he’d be the last to admit either that fact or that Mabel needs his full, objective support now more than ever. His necessities are secondary, a fact that would be axiomatic in a healthier marriage. 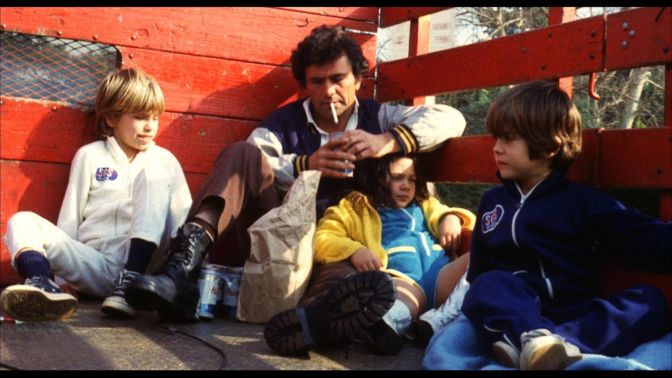 While many viewers have delineated Mabel’s behaviour as showing all of the hallmarks of bipolar disorder, the film never actually specifies the cause of her mental-emotional troubles. Whether it is indeed bipolar, schizophrenia, or some sort of enigmatic hysteria (to use a horribly outdated term, apologies), the focal point is that Mabel is bereft of the moral support and baby steps that she needs from her loved ones. She is ‘under the influence’ of alcohol and/or medication on the most superficial level, the true ‘influence’ of the title being that of her husband, family, peers and general society, all of whom would prefer it if she’d just shut up and get back to being Mabel.

In spite of all of the aforementioned woe, the depiction of the Longhetti marriage is something I found to be an immensely powerful and touching emotional rollercoaster ride, and not in an entirely harrowing manner, which may sound paradoxical given the summary thus far. Nick doesn’t always display the necessary patience, but he is fiercely protective of his wife, barely able to control his temper if he feels that she is being mocked. The sequences where the two argue about her conduct border on humorous, Mabel at one point performing a brief caricature of Nick shouting orders in a gravelly macho bark, him rolling his eyes and waving his hands in that ‘get outta here’ fashion, but the film never shifts tonally, remaining hard-nosed and compelling at all times, all of the interludes of small talk bristling with a suspenseful energy alongside the more explosive moments. When Nick does relent and openly admit to his wife how much she means to him, you won’t have forgiven his insensitivity entirely, but you’d have to be a robot if you don’t start doing that funny ocular waterfall thing. A certain reading of the film as a study of shared psychosis, with Nick & Mabel both being mad in a way that is expressive of their respective gender roles, gives it another incredible dimension as an excoriation of old-fashioned sexual politics, neither man nor woman knowing how to handle life’s burdens because they’re expected to ‘just get on with it’.

When Richard Dreyfuss famously described A Woman Under The Influence as “the most incredible, disturbing, scary, brilliant, dark, sad, depressing movie”, he was hitting the nail on the head, but it is imperative to add that it is also brimming with a sympathetic and sometimes funny warmth, featuring characters who approach a tumultuous situation in a typically human manner, with foible, miscommunication, and unpredictable emotional threshold. An imperfect and not-always-nice husband absolutely refusing to give up on his wife, despite his complete lack of psychological preparation, a wife who desperately wants to please her loved ones and receive love in return, and doesn’t understand why her method of expressing it is ‘wrong’. It examines a symbiosis, the Longhetti team striving to cut through the traumatic times and find one another again. It is an unequivocal masterpiece, and one that needs to be seen by anyone professing to love cinema.