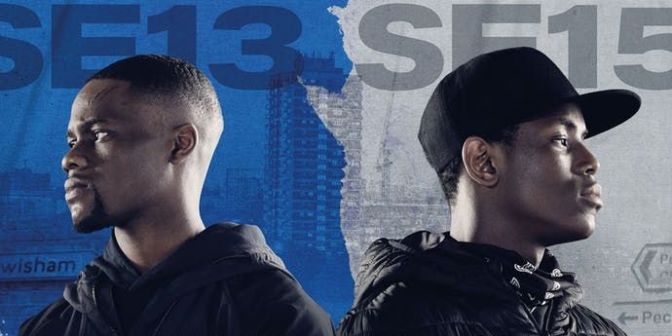 After all of the hype that surrounded the release of Kidulthood 13 years ago, I have to admit that I was rather disappointed upon finally viewing it. What was marketed as a raw and honest slice of social realism about the problems that young, predominantly black people face in inner-city London amounted to little more than a gangland thriller designed for entertainment, complete with a formulaic narrative and a central villain. It was a far cry from the food-for-thought picture where evil is manifested not in a particular individual(s) but in the lifestyle itself, one that infects the minds of the young and compels them to believe that maiming and killing your peers over verbal insults, drug capital or simply walking around in the wrong postcode are matters of honour.

In his debut as both writer and director, Youtube prodigy Andrew Onwubolu, better known as Rapman, has created a work that treads similar ground in examining the strife that dominates these boroughs, causing endless devastation for families, sending young people to waste a great deal of their lives behind a cell door or spend eternity in a box underground. Unlike Noel Clarke’s Hood trilogy, this film actually hits all of the notes correctly.

Marko and Jimmy are two best friends in their mid-teens who have essentially been like brothers since their first meeting in Year 7. Jimmy lives in Deptford but attends school with his friends in Peckham, and it is quickly established that these two areas contain gangs embroiled in warfare so vicious that it rivals a favela in Rio De Janeiro. If you’re unlucky enough to be from one place and caught in the other, you’ll be harassed and shoved around at best; shot, stabbed or having bones broken is the likely contender. The boys spend a lot of their time with two other close friends, Hakeem & Dwayne, and the quartet engages in the usual teenage shenanigans of playfully chatting shit to each other, chasing girls, attending parties, etc. The camaraderie between the four of them is incredibly authentic, and, given the film’s subject matter, makes you instinctively fearful from the outset, as you want these guys to remain friends until the tomb, the natural way.

One unfortunate night, Marko is accosted and badly injured by some roving Deptford boys in a particularly nasty sequence, and as luck would have it, the culprits happen to be old acquaintances of Jimmy’s. The anger at being senselessly attacked still fresh in his mind, in conjunction with his older brother’s (a sufficiently nutty and dangerous Peckham gang leader) constant crooning in his ear to man up and join the fight, Marko turns his hostilities toward Jimmy, and what begins as a bit of a heated and impulsive tiff escalates into events so horrific that you’ll wish it was not based on episodes from the real lives of ex-gang members. And sadly, most of it is.

There has been some level of criticism aimed towards the film for its supposed lack of explanation for the violent pathologies that drive the behaviour of these gangs, but I can’t say it was something that was glaringly obvious or bothersome to me. The film isn’t structured like a typical gangster film, far from it, but like the characters in many a mob flick, it doesn’t take a genius to deduce that a cocktail of living in a severely deprived area, being pressured to be masculine, a lack of sensible parental guidance and mixing with malignant personalities can easily give way to a lure of being involved in the kind of culture depicted. If these guys don’t have respect and dominion on the streets in their turf, they don’t have anything at all, and the toxic insistence on this being the be-all-and-end-all approach to life has the characters committing atrocities for reasons that are utterly baffling and nonsensical to your rational average Joe.  I just find it strange that this standard only seems to be held for ‘hood’ films, and not broadly applied to most art that depicts some kind of criminal milieu. 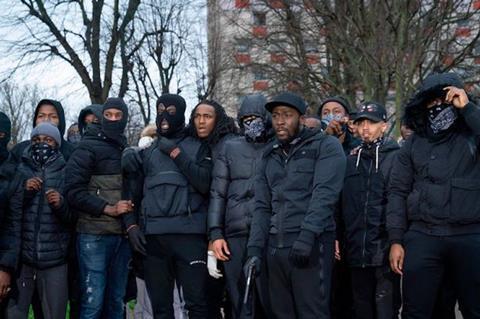 Which brings me to another bullshit cacophony surrounding the work, that being it’s temporary ban in the wake of some youth gang affray in certain cinemas around the country. Yes, Blue Story was being screened in the most notorious place of incident, that being Birmingham, but so was Frozen 2, and it was the screen foyer of the latter movie where the congregation of patently under-15 (Blue Story‘s age certification) kids started the almighty fracas. You can say ‘Yeh, but, come on’ and call it two and two making four all you want, but unless you can establish a causal link between the film and outbreaks of gang violence, then I’m going to go there, charges of oversensitivity or not: It was racist. Plenty of strange, young and disenfranchised white dudes do fucked up stuff to people every day, I don’t recall this year’s Joker being pulled from cinemas for that reason. And if that’s too fantastical of an analogy, given that it’s a comic book film and all, kindly direct me to the time that The Football Factory got yanked because some Burberry-clad louts started a punch up somewhere near a cinema that played it, or the time that some nutty Cockernee geezers razoring each other up down the Docklands 40 years ago meant that nobody was allowed to see The Long Good Friday. It was an arbitrary and unfair move, and a resoundingly counterintuitive reaction to the ideas that Rapman is blatantly espousing.

Youngsters should be seeing this film, as it encapsulates the terrible things that will more than likely happen to you and whatever you care about in life if you become ensnared by this depressing, hate-filled lifestyle. It is the antithesis of glorification. The interludes of Rapman providing some narrative rapping may be construed as exposition overkill by some, but I found it to be a poignant and aesthetically decent supplement. If I do have any criticism, it is a minor quibble with the third act taking a slightly more suspenseful turn that seems more in key with a crime thriller, but even that didn’t really have popcorn trappings. You’re just pleading for this shit to stop escalating.

In summary, it’s a realistically sad and brutal film that is bookended with a modicum of hope, given that Rapman and many of his peers, both compatriots and sworn enemies, managed to escape this destructive destiny, and have committed the remainder of their mortal time to persuading as many poor young people from these areas as possible to choose the better things in life. It’s a powerful statement, and a thumbs up from me.