That time of year has rolled around again. Whether you enjoy serving up teeth-rotting delights to pint-sized nuisance visitors, or would much rather shut those curtains and lights off and hide in your kitchen getting shitfaced, nothing says All Hallow’s Eve like crowding around that sofa with all of your mates and horrible snack food and getting stuck into a horror film. A good one though; S’gotta be good. Bearing this in mind, here is a comprehensive list of ten films you really should watch at least one of during the occasion (or depending on your time allowance, marathon the bastards, I’ll be proud of you):

Ah, The Big Daddy. I’ve seen my fair share of excellent horror movies over the years, but I am highly sceptical of the possibility of this one being usurped from the top spot. The Overlook Hotel’s seemingly infinite wings to nowhere, ambiguously peppered with the ghosts of occupants past who, with stern earnestness and chilly smiles, play marionettist to Old Jack’s hapless, drunken, deranged puppet. Or is it all just his marbles going? With Wendy Carlos’ terrifying musical score sweeping over snowy, austere Colorado landscapes and uncomfortably lit hallways, this supernatural tale of madness and family dysfunction remains the one film that still makes me feel funny whenever I see it.

Voodoo and chickens. You gotta watch out for that shit. Also, for one of the most horribly underrated movies of all time. Mickey Rourke (when he was a good looking son of a bitch) rocks it as Harry Angel, the personable and overconfident P.I. pawn to Robert De Niro’s sinister, anachronistic client Louis Cyphre, a razor-fingernailed, top-knotted gentleman who loves hard-boiled eggs and smiles too much. It’s one of the most suffocating and psychologically disturbing horrors ever made.

Jacob Singer has got some serious problems. If living in a New York City where there was never any sun or clean air wasn’t bad enough, he’s seeing vaguely human things with horns and tentacles coming out of them, and they’re displaying an interest in him and his old Vietnam buddies. Arguably the bleakest entry on the list, it is nevertheless one of the most powerfully affecting horror films I’ve ever seen, meditating on war, government conspiracies, fear of death and combating your (quite literally, here) demons.

With the impending release of The Lighthouse, it’s time to return to the first slice of abject New England horror that catapulted writer-director Robert Eggers into the limelight. Loyal to the region’s notorious miring in witchcraft and general eldtritch spookiness, The Witch is a poster child for slow-burn, under your skin horror. It is superbly acted, realistically conjuring the atmosphere of colonial Puritan communities, and encompasses one of the genre’s most gut-wrenchingly disturbing themes: A family unit who cannot unrun its fate at the hands of malevolent forces.

”What if….STD were a villain?” What? Indeed. I would sincerely posit this as one of the best horror films of the past 20 years. Its dreamy, minimalist setting, taking place mostly at night, along with its ambitious retro-wave soundtrack, screams John Carpenter meets heavily Xanexed John Hughes. With almost no special effects, David Robert Mitchell has created a film that captures the resplendent wonder and horror of teen age, the inquisition and terror of first-time sex, the paranoia related to what anyone and everyone will supposedly think of you because of it. It sounds ludicrous, but shapeshifting AIDS has never been more terrifying.

What’s any Halloween movie list without the one literally titled ‘Halloween’? You can never go wrong with John Carpenter, either in general or on the night of ghosts, devils and boogeymen. The granddaddy of the slasher genre, its slow build and 70s effects might not sate the palate of many modern audiences who require their fix of incessant jump scares and gore, but for those with more temperate inclinations, Carpenter’s intense musical score and the figure of Michael Myers looming on pavements and in back yards will deliver the willies tenfold.

Speaking of Carpenter, it would be the ultimate faux pas to omit his magnum opus. It broke major ground in the horror genre, not only with cutting-edge use of practical effects, but also with its central conceit playing on a more abstract evil: Having your entire consciousness and personhood taken away from you without warning. The titular villain is only antagonistic because of its natural instinct to survive (it’s likely freezing cold, and thoroughly tired and pissed off as well), but the ramifications of its drive to protect itself are absolutely crazy. Hasn’t aged a day.

Ok, I know it’s now a triple-whammy now with Carpenter’s oeuvre, but I felt this addition to be essential. Not so much a horror movie as it is a hilarious mashup of dark fantasy and martial arts, it is still chock-full of ghosts, sorcerers, and monsters, facing off against the ever trusty Kurt Russell, a John Wayne analogue (the film was originally written as a Western, bizarrely enough) who says ridiculous things, wears ridiculous clothes and drives a ridiculous truck. If the opening chords of ‘Pork Chop Express’ don’t get your blood pumping, you’d best dial the medics. 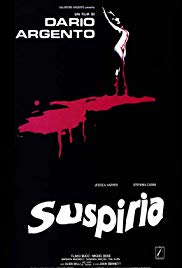 Another horror classic that fell prey to the remake ghouls last year, Dario Argento’s first entry in the Three Mothers trilogy can be sold on its visuals alone. Soaked in neon colours, with architecture that looks like it comes straight out of a tale by The Brothers Grimm, this utterly barmy tale of witchy conspiracies going down at a prestigious dance academy caused an enormous stir when first released in the U.K. over 40 years ago, with most original copies being seized during the video nasty panic. The Italian-language version has a better sound mix, but if you’re not one for subtitles, it still provides a surreal & nightmarish feast for the eyes. Also, the soundtrack by Goblin is the shit. 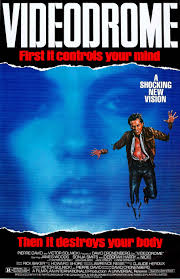 This entry is the only one with no external supernatural catalysts, opting for mind-over-matter body horror, but it’s still a superbly scary mindfuck of a film, and I’ve always wondered why nobody has ever gone to a Halloween party with a gun inside a vagina-stomach. I might be the only person who wonders that. You can’t help but feel for Max Wrenn, James Woods’ sleazy and opportunistic cable t.v. president, as he does battle with extreme headaches, even more extreme physical deformities, weird underground snuff cabals and a very sultry and mysterious Debbie Harry (Great performance from everyone’s favourite Blondie, though she’s a lovely crimson here).