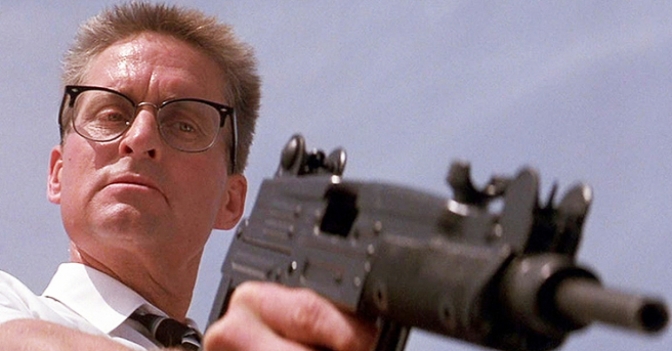 Things have gotten exponentially crazier since the late months of 2016. With the most powerful office on the face of the Earth held by a man widely considered to be a demented corporatist tyrant, the chasm between left and right becoming even more extreme and more laden with stereotypes and increasingly nuttier accusations on either side (demonstrable or not), to mounting deficits, social ills and international military tensions, I thought it pertinent to take a look back at a film that encapsulated what happens when the injustices and imperfections of everyday life become too much for people to rationally process and put up with.

First and foremost, I do not consider William ‘D-Fens’ Foster to be the ‘hero’ of the film, in the common-sense use of the term. I can hold my hands up and admit there are moments when I empathise with his fits of rage, provoked by extreme rudeness, petty bureaucracy and gangster harassment, but as the film progresses, he becomes too violently egocentric to find common ground with. What’s more, with his flat-hop haircut, burnt-out cubicle worker attire, complete with briefcase and pocket protector, he looks like a caricature of the old-fashioned, uptight modern man that could come right out of The Simpsons, as opposed to anything representative of actual people, either today or in 1993. 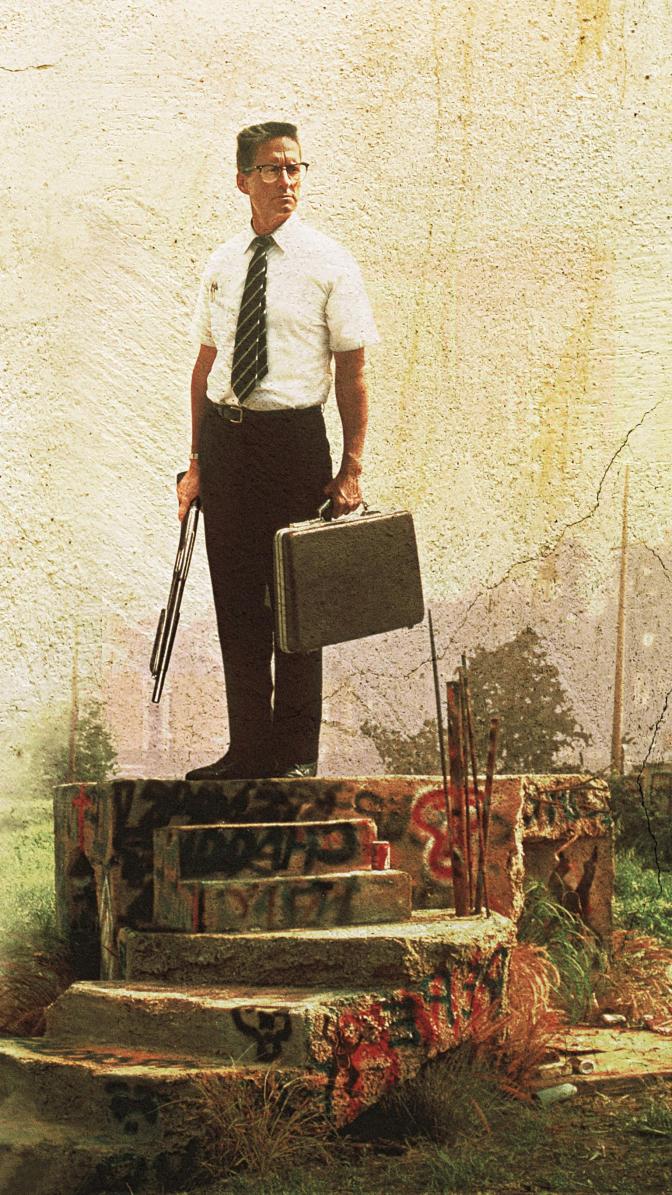 Which is precisely the point: He is supposed to satirise the concepts of vigilantism and revenge fantasy, not endorse them. Sure, I said ‘Go on, son!’ after he fended off two bullying gang-bangers with a baseball bat, and pumped the repulsive, murderous Nazi Nick full of lead, but outside of that, he is unconscionable in the way he reacts to daily inconveniences. His first encounter of the film, a Korean shopkeeper from whom he appropriated the aforementioned baseball bat, is extremely rude and combative, with no customer service skills whatsoever, but does that truly justify D-Fens laying waste to his merchandise and berating him for his broken English? Is it par for the course to pull out an Uzi because a burger joint stopped serving breakfast 3 minutes ago, or to fire a rocket launcher into a traffic-jammed highway just because the city council is trying to dishonestly justify its budget with unnecessary road repairs? Probability guarantees at least a handful of people to answer with a fervent ‘Hell yes’, but they’re hopefully viewing this article at a computer safely tucked away in the confines of a psych ward.

What makes Falling Down such a great movie to re-propagate, in my opinion at least, is how D-Fens is essentially the poster boy for the Trumpian mantra of ‘Making America Great Again’. He wants a return to cheap supermarket prices, honest hard work, elimination of corruption, and everybody ‘acting American’; Being polite, resisting sloth, assimilating into one, cohesive nationwide community, where everybody has a white picket fence, eats apple pie and regularly tunes into ‘Mr. Roger’s Neighbourhood’. It’s almost redundant to mention that this version of the United States isn’t reflected in any kind of textbook or outside of any fantasy world concocted by 1950’s television. Reviews I’ve seen of the film within the past 10 years charge D-Fens with being the apex representation of the Angry White Male, but I don’t think it’s as cut and dry as that. While his mentality is certainly a deluded and provincial one, he applies his rigorous standards to absolutely everyone, the white people who tick him off in the film do not receive any more bargaining or less wrath than anybody else, and he is very clear and distinct in his rebuttal of the racist, anti-Semitic filth that pours out of the mouth of fawning military surplus store owner, Nazi Nick: ”We are not the same. I’m an American, you’re a sick asshole”.

D-Fens’ counterpart in the film, Detective Martin Prendergast, provides the analogue to the down-to-earth citizen who actually embodies the things that D-Fens wants to see in people, but whose day of retirement has been made a hell of a lot more frustrating than it needs to be by our unhinged protagonist. He too has suffered immeasurably, his only child succumbing to cot death some years prior, which has left his wife (an outstanding Tuesday Weld) a neurotic, psychologically disordered mess, and the last thing he needs before turning in his badge and gun for good is to be chasing around a sociopathic ex-defence worker who is using the city of Los Angeles as his own personal rage room, even if the guy is merely attempting to deliver a birthday gift to his daughter and reconcile with his estranged wife. He can take sides in the privacy of his mind, but what happens upstairs doesn’t always have practical application in reality, an acknowledgement that has unfortunately eluded D-Fens. 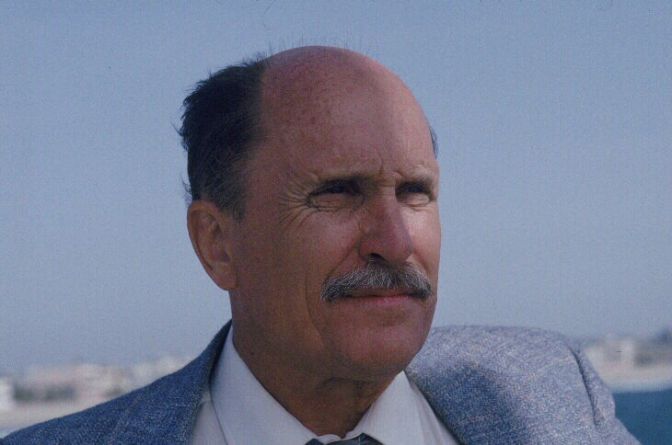 Prendergast is also world-weary, burned out, and, given that he has spent the majority of his working life on the front line against society’s worst elements, arguably has the more justifiable reasons for throwing law and order into the trash and going buck wild on everybody. But what makes him both symbiotic, and a foil, to D-Fens is his recognition that fire being fought with fire gets absolutely nothing done, you have to compromise with the more unsavoury and unsatisfying events that life throws your way with integrity and as much steel-gut as you can muster. The things he would have seen over the course of his career would naturally bestow him with a far more rotten concept of what community entails than D-Fens could possess, yet he knows that, in order to truly be a truly good, productive citizen, you have to empathise, mediate accordingly, not sweat the small stuff, and use diplomacy up until the point that force becomes the only option. You don’t just immediately shoot and blow shit up because you feel it has let you down. He is the ‘American’ that William Foster wants to see the return of, and is also his ultimate nemesis. When they eventually cross paths, D-Fens’ incredulous and pained utterance of ”I’m the bad guy?” brings forth a quizzical and yet empathetic reaction from the dutiful cop.

Ultimately, our hero realises too late that the ‘America’ that he is fighting so hard to bring back and protect, the one that D-Fens ”did everything it told him to”, is also the one that lied to him his entire life. It told him it would protect his job, it didn’t. It told him he would be rewarded for a lifetime of hard work and paying his taxes, he wasn’t. It told him that, provided he assiduously stuck to the rules, treated everyone how he wanted to be treated and always told the truth, everyone he encountered would recognise it and respect him, they do not. He thinks lashing out at people on the bottom will solve problems caused by people at the top, in much the same way that people have been, and still are, encouraged to do by past and incumbent administrations, not only in America, but all over the world. It is an uncomfortable film that I believe will never lose its relevance, packed with strong emotional power, where the worldviews of both men can be empathised with, to varying degrees, but only one can be held as pragmatically and humanistically correct, if anybody wants to get anywhere. Food for thought, I guess.