In 1980, the mesmerising auteur Nicolas Roeg unleashed a daring masterpiece upon the public that still retains the power to deeply disturb, nearly 40 years after its release. Vilified by its own distributor, The Rank Organisation, as ”a sick film, made by sick people for sick people”, it brought us the story of Alex Linden (played with an elusive, creepy hostility by folk icon Art Garfunkel), an American psychoanalyst living in Vienna, and his torrid, highly dysfunctional fling with fellow U.S. ex-pat Milena (a show-stealing Theresa Russell). As the picture opens, we see Milena being frantically rushed to hospital after what is intimated to be a suicide attempt, the eye-bagged, pallid Alex constantly at her side. Whilst the staff hurriedly get to work trying to revive her, Alex is cornered in the waiting room by Harvey Keitel’s enigmatic and highly suspicious Austrian police inspector, Mr. Netusil. As the uneasy venture to convince Alex to let his guard down and welcome questioning begins, we are taken on a non-linear journey to the genesis of this tumultuous May-December set-up, and gradually come to learn that this exhausted, slightly awkward and seemingly refined American intellectual is in fact an extremely toxic, self-pitying and jealous narcissist, wearing down Milena’s free spirited promiscuity and love of life with abusive power and control.
With its frank (many would say lurid) depiction of sexual aberration, coupled with a display of young women being gaslighted, incessantly criticised and used as when convenient by men who purport to love and care for them, Bad Timing caused a monumental furore, cinematic brilliance to some, degenerate misery porn to others. For me, it was the film that inexorably surfaced in the mind when recently viewing Simon Killer, the 2012 sophomore effort by American director Antonio Campos. Though made with more thriller-like trappings and more often drawing comparisons with Patricia Highsmith’s Ripley saga, there was significant overlap in the themes and central performances of both films. Like Alex Linden, Simon (second name is never given, though Killer would make for a simultaneously badass and completely preposterous literal surname) is an American in Europe, guarded and furtive, highly intelligent, tired-looking, and an object of impalpable curiosity for several local young women.

Like Garfunkel, Brady Corbet infuses Simon with a hyper-vigilant, somewhat dorky affability, a quality that appears to render both characters rather harmless and even pitiable, at least on the surface. Simon is a lot younger than Linden, and nowhere near as accomplished, having absconded to Paris after recently graduating university and experiencing the painful termination of a five-year relationship. This tale of woe and his ostensible gentleness (his good looks don’t hurt much, either) is what piques the curiosity of Victoria (Mati Diop) a warm, maternal French escort who is captivated by his almost-efficient grasp of the language, personable manner and the fact that his thesis on the relationship between eye and brain was published in a reputable neuroscience journal, a fact that he enjoys repeating more than a couple of times to various people. 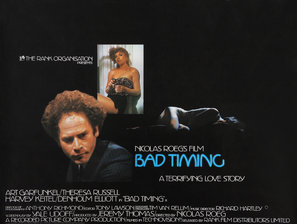 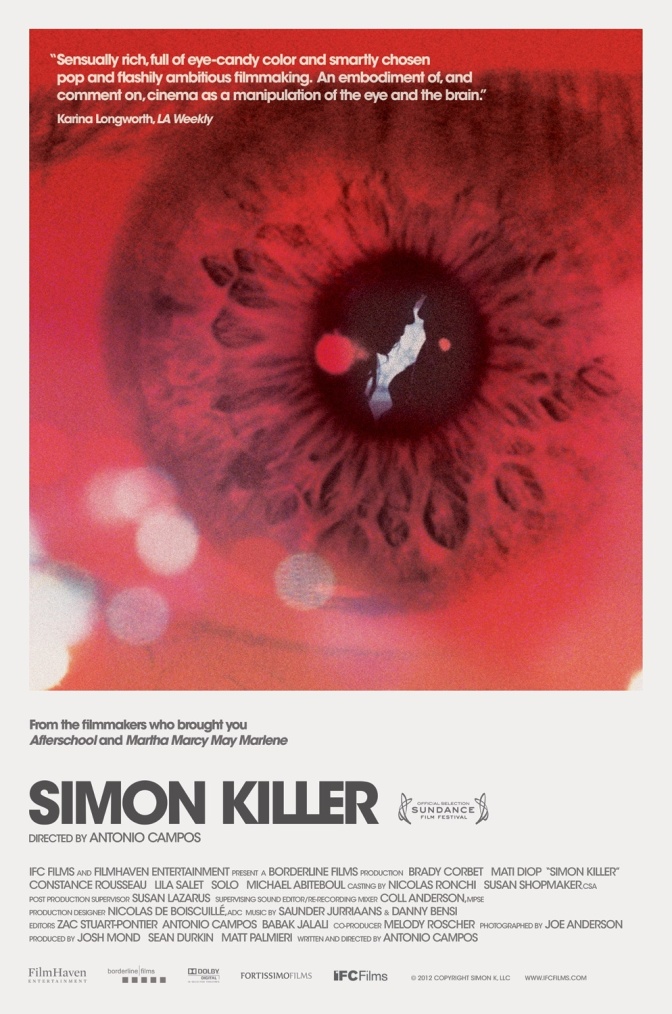 Before long, the pity that the audience would naturally feel for Simon is betrayed in a series of exploits that reveal his true character, an aggressively insecure, entitled and manipulative deviant, intolerant of any failure on the part of those around him to see that his needs are met. The portrayal at the heart of both films is a peculiar and deeply interesting mediation on the phenomenon of the American loner abroad; both of these men are well educated, have questionable social skills, look constantly tired and pensive, engage in passive-aggressive if not outright hostile competition with the other men they come into contact with, and reserve the apex of their embittered superiority complex for the woman that dares to try loving them. Perhaps a subtle comment on the international stereotypes of the U.S. clumsily roving around the globe, doing as it pleases, under the guise of ‘being a really nice guy’. (I do despise adding this caveat, but I felt it pertinent to stress that this is merely a questing interpretation, no anti-Americanism intended). The abrasive and claustrophobic cinematography of both movies helps to bolster the audience’s visual and audial unease, along with the sense that many things are going to go disturbingly south with our seemingly likeable and ineffectual heroes.

There is also an effective musical motif occurring in both: Bad Timing inventively utilises The Who’s ‘Who Are You?’, pointing to Alex Linden’s deluded sense of identity and conviction that he is destined to be with Milena, and has a duty to cure this young woman of her supposed personality flaws. The synth-heavy crescendo around the song’s middle section has brilliant effect in a particular scene where Alex is clearly in the grips of alienated, sexually jealous paranoia. The soundtrack in Simon Killer plays a very nice little trick with diegesis, each song revealed to be one that Simon is listening to on his iPod. The track that opens the film, and is subsequently played at least once more over the course of it, is the fantastic ‘It Takes A Muscle To Fall In Love’, the one, and sadly only, hit for Dutch New Wave band Spectral Display. A highly emotive and gorgeous piece of music, it deceptively hints at the notion that Simon is a sincerely introspective soul who feels deeply and just wants to be loved, and yet his heart, the title’s required muscle, is full of nothing but the anger and navel-gazing residual shame that pathological narcissists are seemingly built out of, only giving way to the obnoxious buzz they endure when everything is going their way.

I would subjectively posit both Bad Timing & Simon Killer as the best examples I have seen of male covert narcissism and sociopathic misogyny in cinema. Both are patient in their pace of illustrating the growing abuse inflicted by their protagonists, and neither Alex or Simon are idealised or devalued by the film’s narrative, which makes them all the more terrifying.