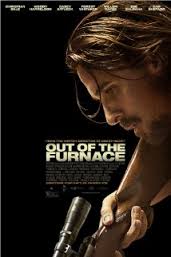 Its always a crying shame when a good, solid movie with all the right ingredients gets lost in the ether, either because of lacklustre publicity or being the polar opposite of all of the highly anticipated summer pieces of shit, I mean blockbusters.

Out Of The Furnace is one such film. Released early last year, it generated a very mild buzz and now everybody has more or less forgotten about it, despite the fact that its the second offering from Scott Cooper, the director of the much-lauded Jeff Bridges fictional country musician biopic Crazy Heart, and that it stars Christian Bale, Casey Affleck, Forest Whitaker, Willem Dafoe, Sam Shepard and Woody Fucking Harrelson. Yeh, thats right. 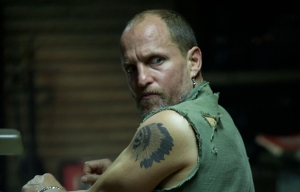 Thats Woody as Harlan DeGroat, inbred mountain man and crime boss extraordinaire, whose clan do business in and around their home in the Ramopo Mountains of New Jersey. Harlan enjoys pastimes such as trafficking crystal meth, organising illegal bare-knuckle boxing bouts, and being a complete sociopath. There is no usual Harrelson flair here, DeGroat is not funny, and he has no adorable idiosyncrasies. He is an extremely violent, demanding, unforgiving man with a volcanic temper and a very mean spirit. When we first lay eyes on him in the opening scene, he sits with his girlfriend watching some crappy movie at a drive-in. After she benignly giggles at something he says, he proceeds to force her to fellate/almost choke to death on the hotdog she was eating before smashing her face into the dashboard, as you do. He then deftly follows this up by knocking seven shades of shit out of a guy who comes to her rescue, and then casually drives off. To say this guy is really fucking scary is a historical understatement.

Across town, the parallel narrative deals with the Baze brothers, Russell and Rodney, respectively played by Bale & Affleck. Rodney’s association with shadowy local bookmaker John Petty (Dafoe) sees him try to accumulate a shitload of money by participating in the bare-knuckle circuit that DeGroat controls, which Petty warns against and Rodney ignores, because Rodney is a fucking stupid idiot. 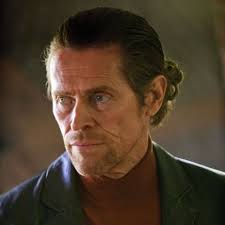 Needless to say, Rodney’s desperation to hang out with the wrong crowd takes a less than pleasant turn, which amplifies big brother paranoia and rage in Russ, whom Bale plays with a surprisingly subtle quietness. It’s at this point that majorly serious shit starts to go down. 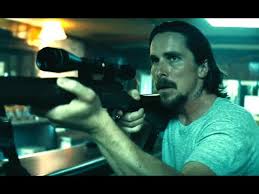 Essentially, it won’t blow your mind, but its a superbly acted and tightly paced drama with cracking dialogue, a Pearl Jam soundtrack, and one of the nastiest antagonists you could hope to find in recent cinema. Sure, there are times it slips ever so slightly into self-indulgence in it’s nod-of-the-head to classics such as The Deer Hunter (The Bazes live in Pennsylvania, Russell works at a steel mill, Rodney is in the military) but it never goes so overboard that it fucks itself up. A great, hard-boiled blue collar gem. 8/10.